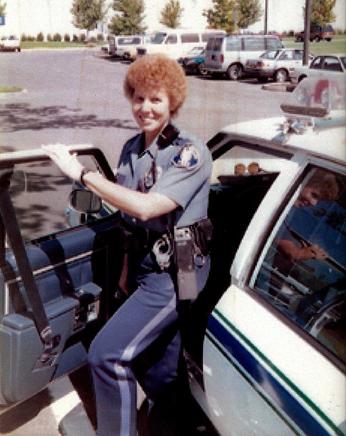 One of my quilt designs, " Leesburg Battle Stars", was a finalist in the national Morton Masterpiece competition.

After my years as a bird taxidermist, I chose to enter law enforcement.  I worked for the next fifteen years as a Sheriff's Deputy, a Patrol Officer and a Supervisor on the streets.  It was then that I saw first hand, the calming influence of a teddy bear on a frightened, distressed child as we gave them donated teddy bears to hold, following an assault or an accident.  The teddy bear's supporting influence even worked with teenage girls and elderly adults.  It was at this time that I began my teddy bear business.  I used the creative designs of my bears to offset the sometimes stressful realities of the life of a Patrol Officer on the streets.  Unfortunately, after about fifteen years on the streets, I was injured in the line of duty.  The injuries necessitated two joint replacements and my interesting and gratifying career in law enforcement ended.  It was back to college where I studied to become a Paralegal.  While working as a Paralegal, I continued with my teddy bear business and started quilting.  Again, the creative process of bear making and quilt making helped to ease some of the disappointment of losing my law enforcement career.

John and Bette in Arizona

Sewing was originally, a necessity for me.  My husband, John, and I had four children early in our marriage, necessitating that I become a self taught seamstress.  I made all the children's clothes from pajamas to coats.  I even made them stuffed animals and teddy bears which became state fair winners along with their clothing.  I particularly enjoyed designing the teddy bears that I created for them.  The photo shows my first attempt at a basic quilt, using scraps from the clothing I made them. 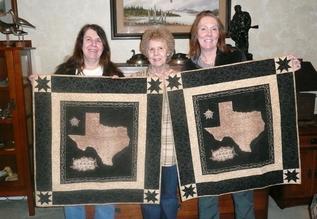 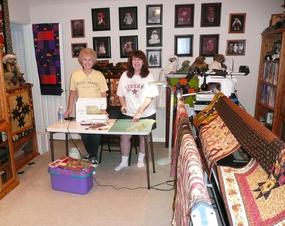 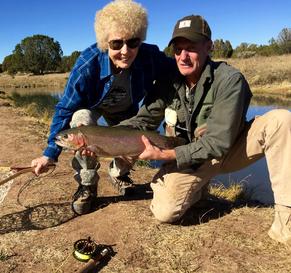 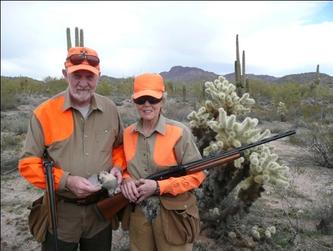 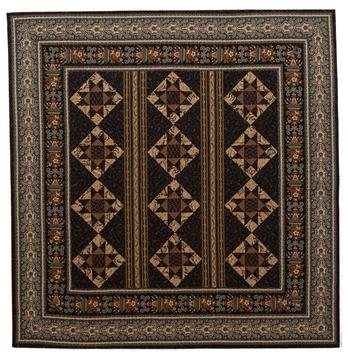 John and Bette in Colorado 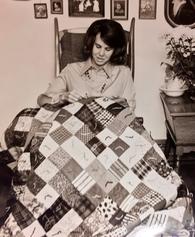 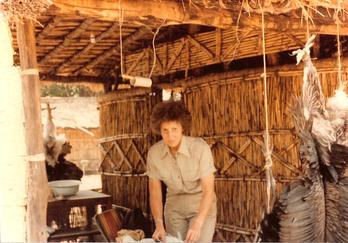 When I am not designing and making bears, quilts or woolies, I enjoy quilting with our daughters and fly fishing or bird hunting with our son and my husband John.

Bette and David in Arizona

My bears have been honored to be nominated for the TOBY and GOLDEN TEDDY in the United States and for the TED WORLDWIDE in Germany.  I am honored to have my bear creations included in the Teddy Bear Museum in Izu, Japan, in the Teddy Bear Museum in South Korea and the Women in Flight Museum in the United States.  The teddy bears are in numerous hard cover books, such as The Worlds Most Lovable Bears by Stephen L. Cronk, Making Teddy Bears by Paige Gilcrest and In Search of Teddy Bears by Joan Greene.  The bears and I have been fortunate to be included in numerous magazines and newspapers in The Netherlands, Germany, England, Australia, Japan and the United States.  I had a pattern of one of my bears included in Primitive Quilts and Projects magazine.  My creations have received numerous ribbons and awards at teddy bear shows around the country.  For each of these honors, my bears and I are truly grateful to the many collectors who made these tributes possible.

When my children were all in school, I became a bird taxidermist, with my own business, to help my husband John, who is a wildlife artist.  I traveled to Africa with a museum safari, collecting birds.  I presented seminars on bird collecting and preservation at conferences in the United States.  Some of these adventures were the subject of a television documentary.  Interestingly, I use some of the same tools and techniques for making the teddy bears that I used in my bird business.  The symmetry of the head and eye placement, as well as the actual "stuffing" process, and the tools are very similar in both taxidermy and bear making. 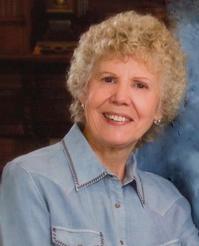 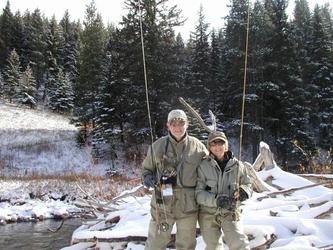 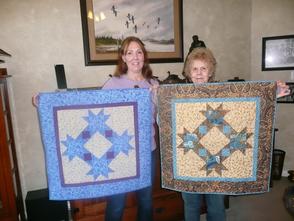